APOKALYPSIS Which Apocalypse??
beat the eschatologists to the metaphoric punch !!!
This theatrical project has been realized in a few different versions since 2009, each time diving a little deeper into interpretations
and exploring the implications of this hallucinatory story ,,,

from The project in 'De Eeuwigheid' (Chassékerk) Amsterdam, may 2011

Fear the wrath of the lamb 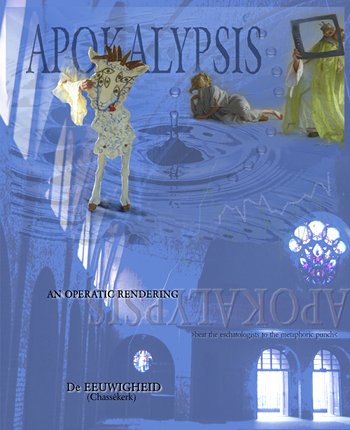 special thanx to Frank for the lights and to Milou, Ema and Elena Manevska for filling in the gabs
and of course to the iLLUSEUM for providing the venue
and thank you to Boban for making audio recordings sunday may 29. 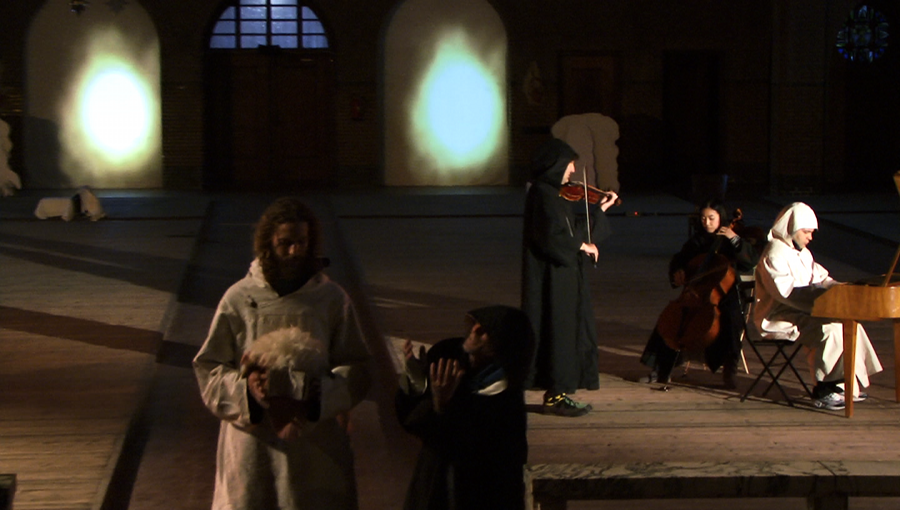 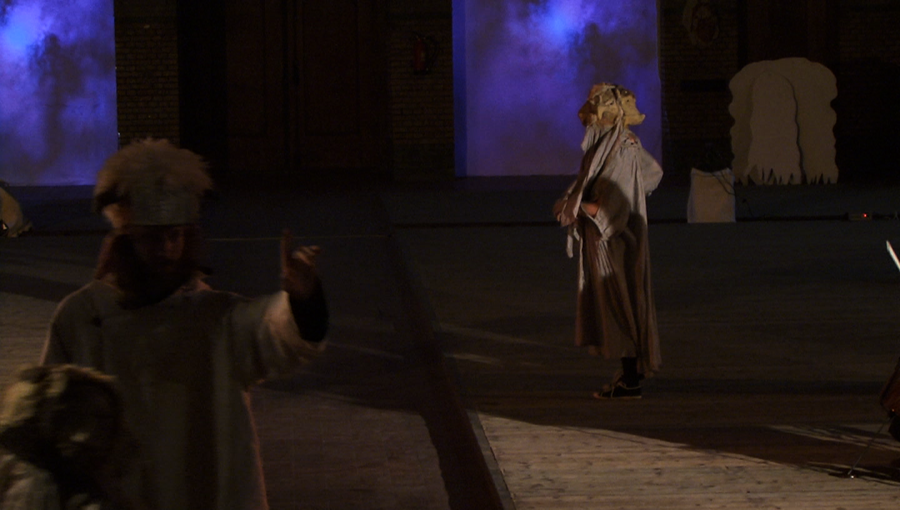 The scarlet beast and his 10 horns all hate the prostitute,
they will strip her naked eat her flesh and burn her remains with fire.
For god has put a plan in to their minds. A plan that will carry out his purposes.
They will agree to give their authority to the scarlet beast. And so the words of god will be fulfilled. 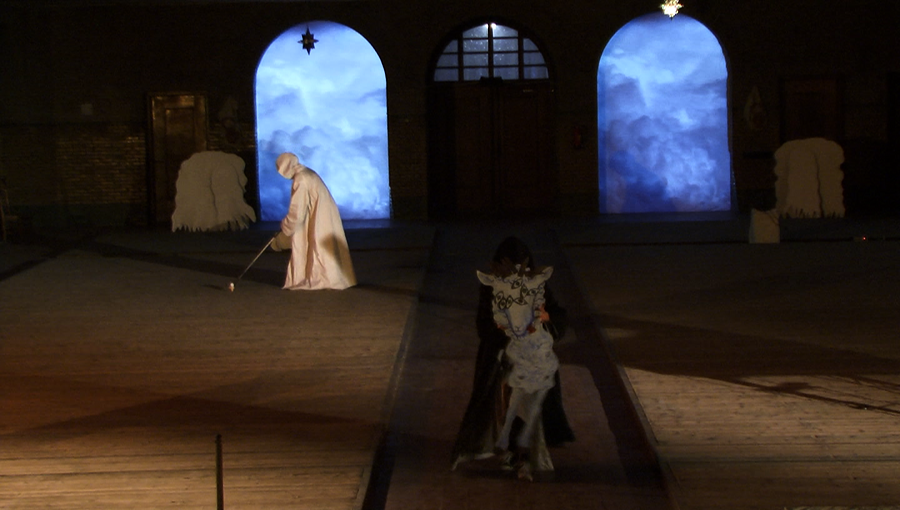 Fear fear
fear feaR
the wrath of the lamb 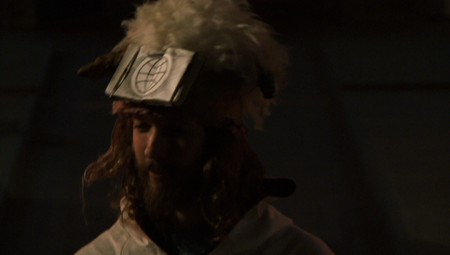 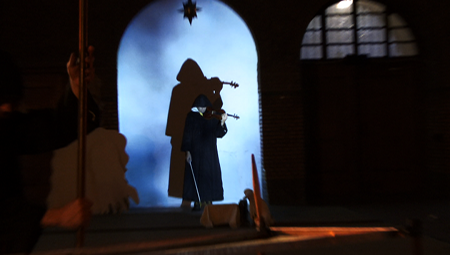 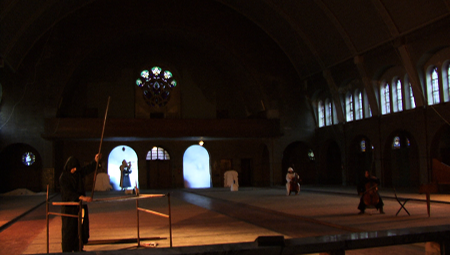 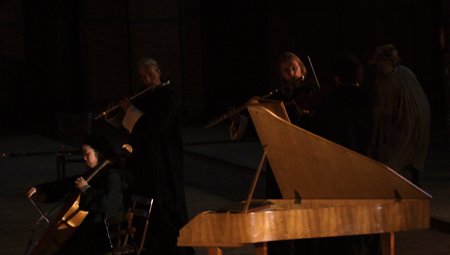 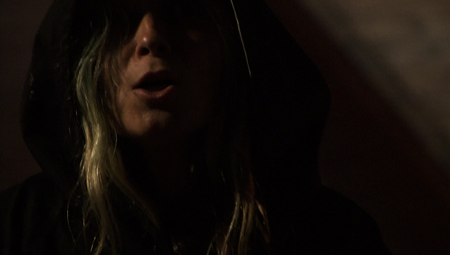 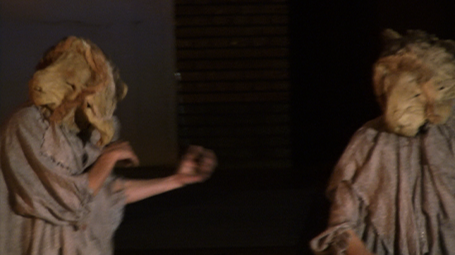 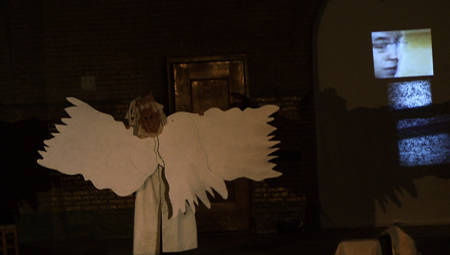 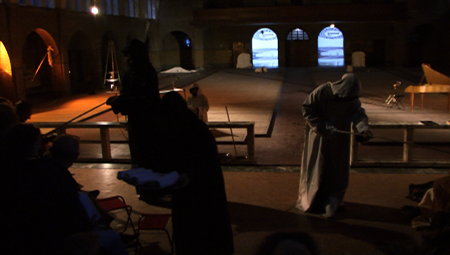 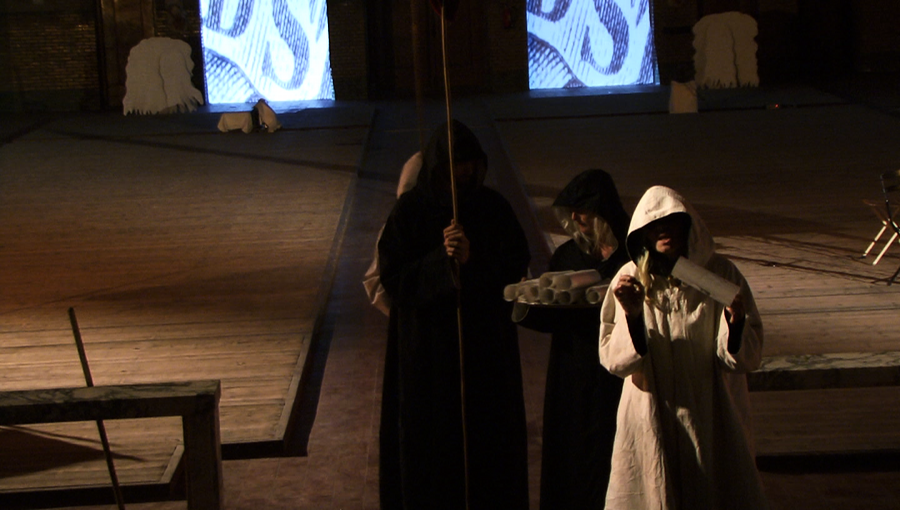 Go and take the little scroll from the angel's hand,
it will be bitter in your stomach but sweet as honey in your mouth 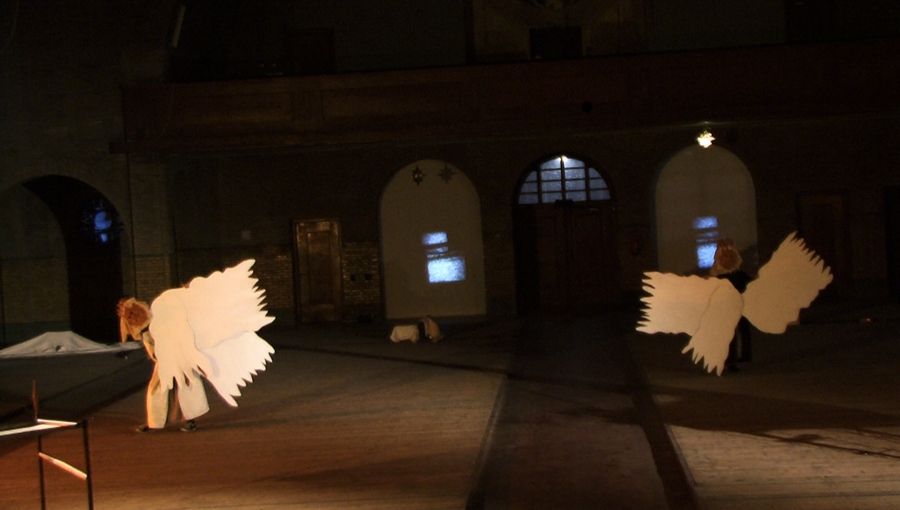 (T)ERROR redemption SMS christ or antichrist to 0800 divine statistics; we will figure out which one you mean... 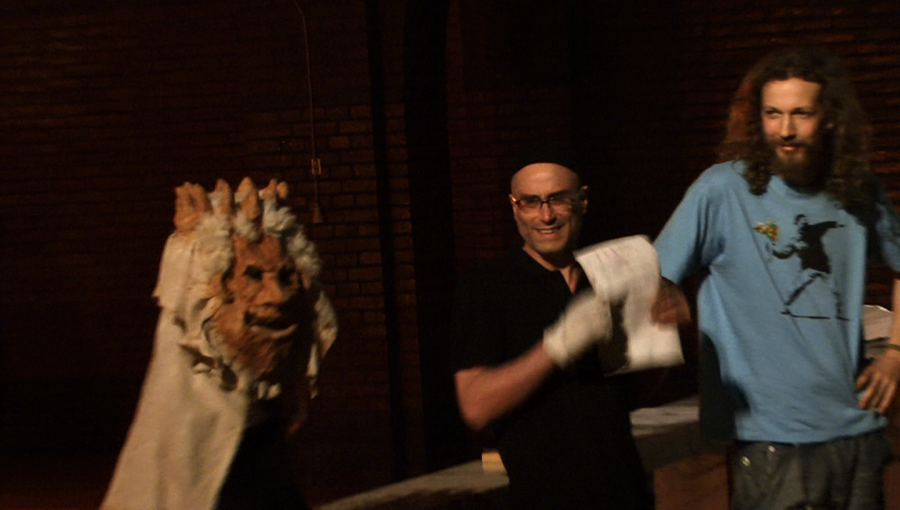 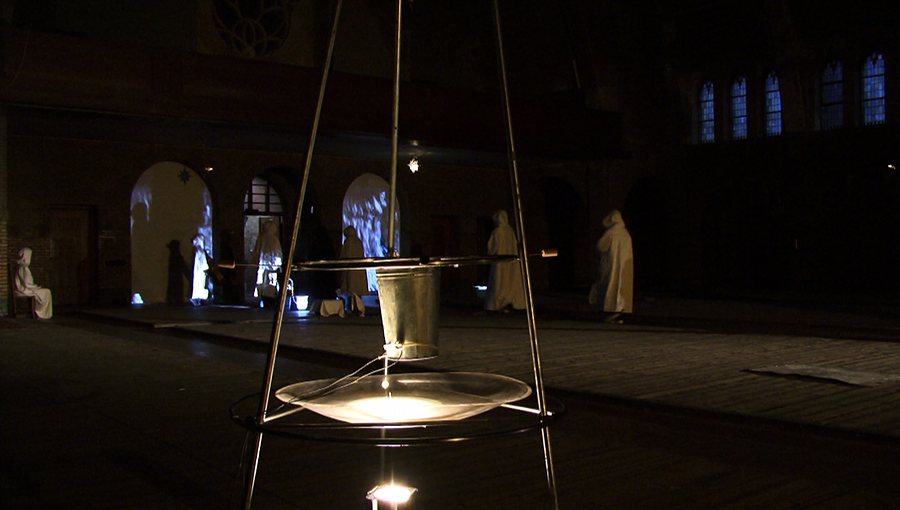 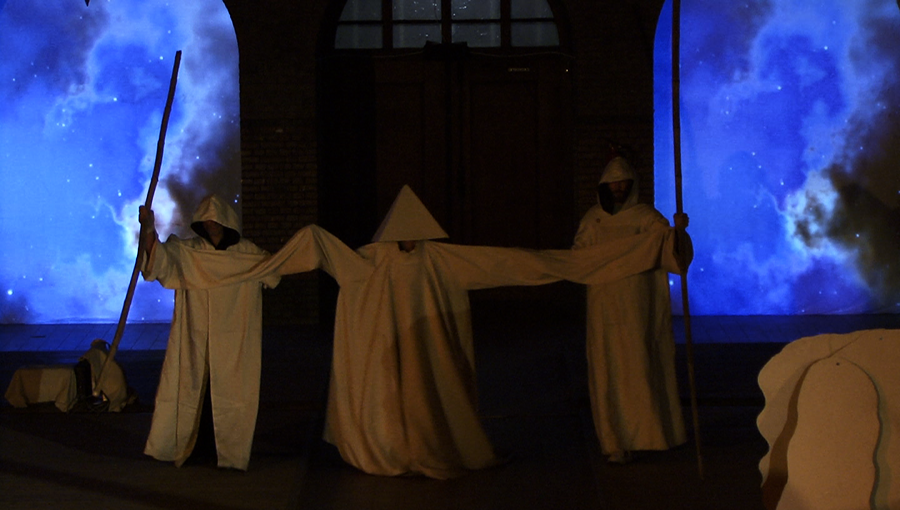 "It is primary revelation and knowledge of itself, as it is it alone who knows itself. Since it is not one of those that exist,
but is another thing, it is superior to superlatives.
It neither participates in eternity nor does it participate in time. It does not receive anything from anything else.
It is not diminishable, neither does it diminish anything, nor is it undiminishable. But it is self-comprehending,
as something so unknowable that it exceeds those who excel in unknowability.
(the Stranger)

secretary of the court 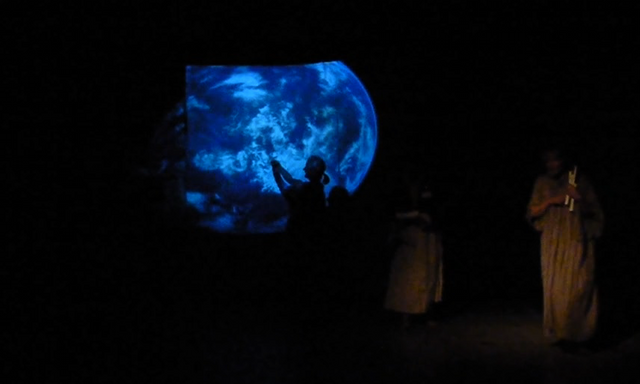 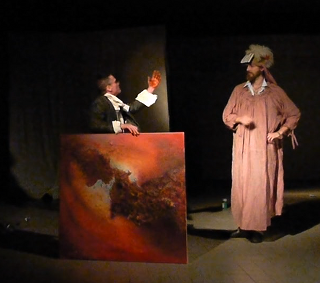 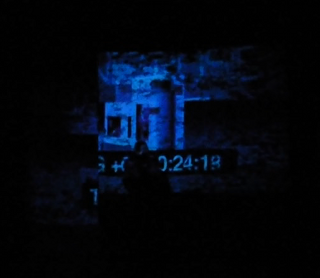 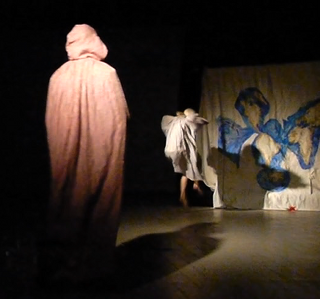 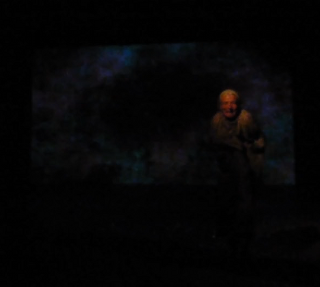